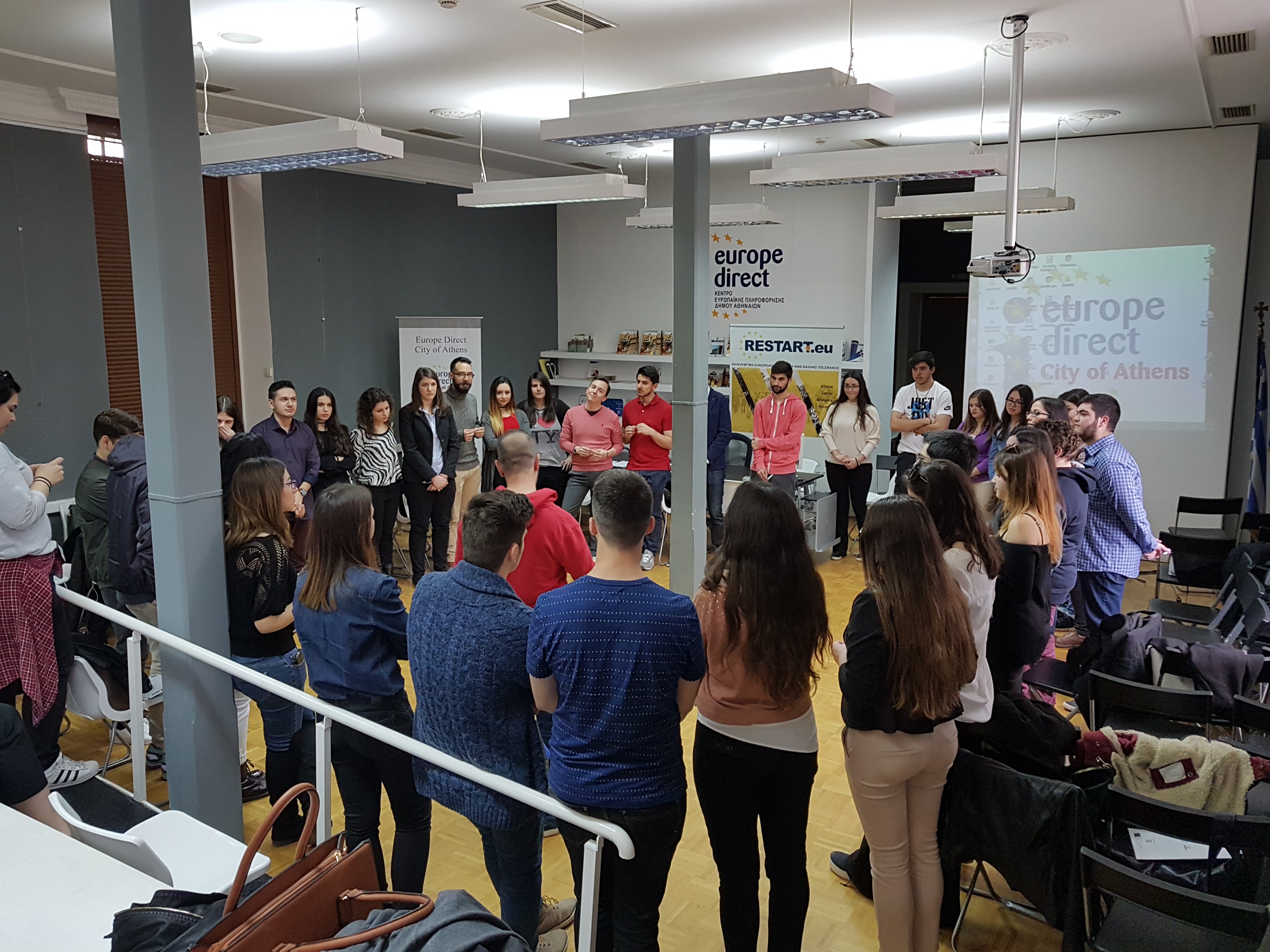 On 27th – 28th of March, 2017 was implemented the training of RESTART Project in Athens, Greece on the rights of the refugees in Europe and on interactive methods useful to be used during the 14 days voluntary program which will follow in Lesvos (Greece) in October 2017. The training provided all the necessary skills for the volunteers to take part in the project successfully including an intercultural training on the different cultures of the refugees.

The interactive training was hosted at and supported at the same time by the Center of European Information – Europe Direct of Municipality of Athens and the offices of the lead partner. During the two days’ trainings the 90 young participants from Greece had the opportunity to interact, discuss and share their views on migration issue under the guidance of the Trainer. On the first day they were introduced on the RESTART Project under Europe for Citizens Programme, funded by the European Union’ objectives and aims, as well as the Consortium of the Project.

During the Training, among the expected outcomes of the planned activities participants discussed about the provision and dissemination of information on the rights and obligations of refugees to obtain asylum within the European Union. Great emphasis was put on building a team spirit among volunteer participants with the aim of achieving optimum results and fulfilling the pilot objectives of the Program. The participants exchanged their experiences, thoughts and ideas about refugee crisis management and expressed their great interest in participating in the volunteer activity where they will have the opportunity to directly interact contact with refugees at the Camps.