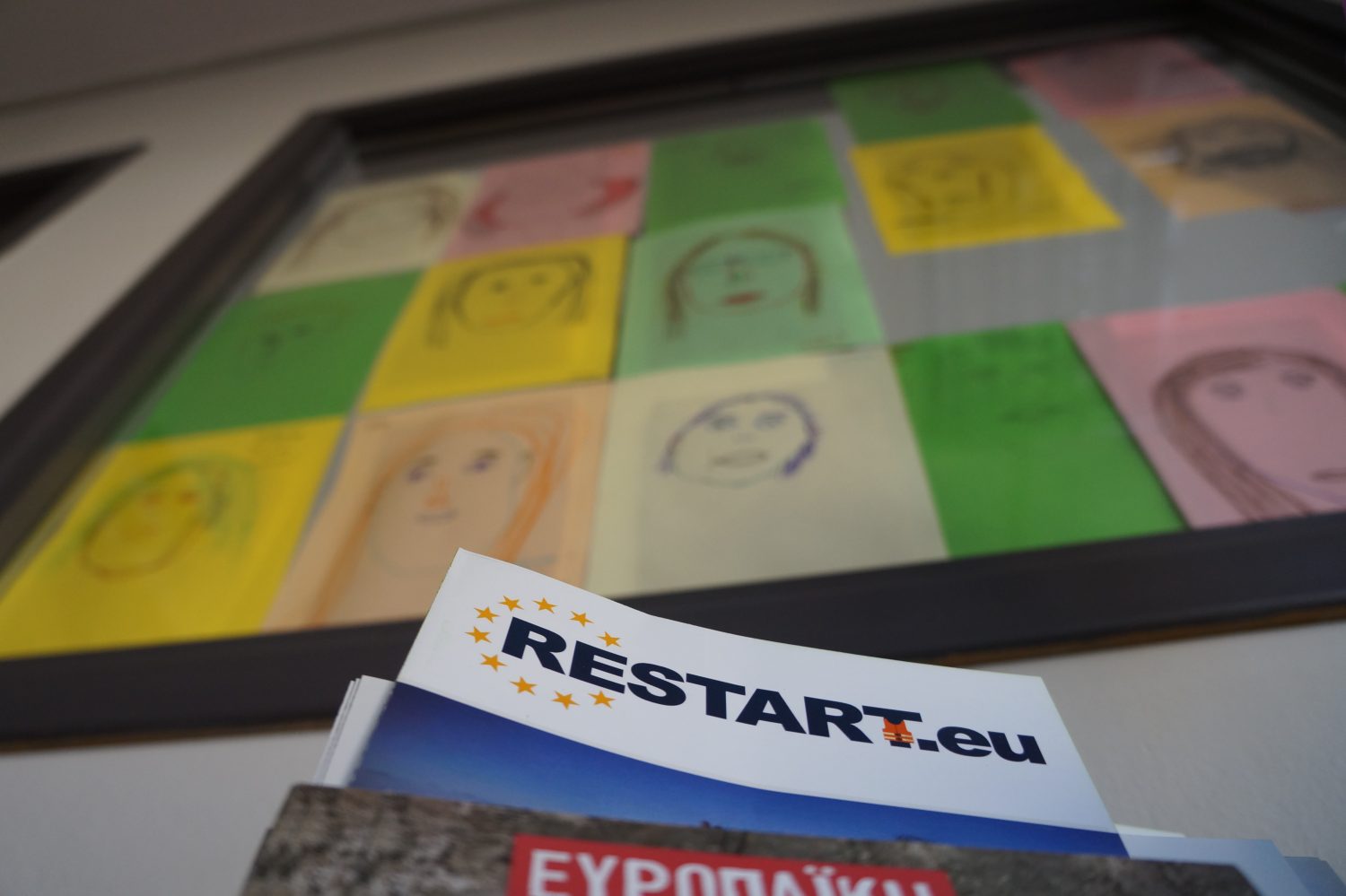 The volunteering Pilot Activity in the framework of RESTART Project was successfully implemented from November the 20th until December the 3rd, 2017 in Athens, Greece, gathering 30 participants from the Partnering countries (Belgium, Albania, Cyprus & Greece) aged between 18-28 years old. The young participants were engaged in interactive trainings, workshops, lectures, ice breaking activities and video animation creation, while also to visits at the Refugee Camps of Elaionas and Livadia.

During the interactive trainings that were implemented, they exchanged views, considerations and ideas. They met the difference through the common characteristics of their youth nature and contacted with institutions and representatives of the local authorities, academics, civil society representatives, experienced officials in EU policies, but also the families of refugees living in Athens and the Refugee Camps.

The first visit was at WELCOMMON, which is a is an innovative, model community center for accommodation to refugees, especially to people in need of long term care, promoting social inclusion and job integration of the 160-180 vulnerable refugees and is implemented by the social enterprise Wind of Renewal (“Anemos Ananeosis”) (WoR). It is in cooperation with Athens Development and Destination Management Agency (ADDMA), the United Nations High Commission for Refugees (UNHCR) and the European Union.

Participants had the opportunity to discuss with the Center’ representatives for the refugees they host, who are victims of torture, rape, trafficking, pregnant women, families with newborns, people with disabilities or serious medical conditions and psychiatric disorders. Through their discussions and the contact they had with the refugees they understood that the center not only provides decent living conditions and the main medical aid, but also contributes to the effort of socially and professionally integrating them to the local community.

During the Pilot Activity they had the chance, under the valuable guidance of the Scientific Team of the Higher Technological Institution of Athens from the Department of Graphic Design to give shape, life and action to their own character. They created with the assistance of the technology video animations with the characteristics of a refugee as they perceive it and developed their own small stories with messages for the audience, so as to be used as tools for raising awareness over migration issue.

Of high importance was the study visit of the participants to Livadia Municipality, were they were having discussions with local governors and the Mayor of Livadia, Ms. Giota Poulou, who presented them the successful model management of hospitality and integration of the refugees and their families in their Municipality. The programme that the Municipality is implemented managed to integrate to the local community the refugees in cooperation with the wide range of local actors, hosting then to apartments and not camps, creating a truly familiar family environment and ensuring the best service provide for their living.

Furthermore, participants visited local authorities, responsible for the host, asylum and relocation of refugees were they had informative speech of the Vice Mayor responsible on Migration Policy and Decentralization of the Municipality of Athens, Mr. Papagiannakis, responsible for the provision that has been made towards the Camp of Eleonas, during their visit at premises of Municipality of Athens. They discussed with refugees on the conditions of their accommodation in the Camp and their concerns for their future, while also the procedure of asylum application in EU member states. Problems and challenges of their daily lives where the main issues addressed, while also the discussion over proposals on the improvement of the conditions of living of the refugees and the restoration of the normality in their lives. The Vice Mayor of Athens Municipality explained to the participants the way the Municipality manages in a local level the integration of refugees, the hospitality and the challenges arisen to the local community from the existence of the Refugee Camps in the area.

Project’s participants had also a productive study visit to “Stegi Plus” of PRAKSIS (Program for the Development of Social Support and Medical Cooperation), one of the shelters for unaccompanied minors in Greece, where the administrator and the legal representative explained the procedure and preconditions for entering the shelter, as well as the actions taken towards the integration of these unaccompanied kids.

In parallel, many interactive and educative activities took place at the central premises of I.R.T.E.A. especially for the participants, by engaging trainers, professors and administrative personnel for the better understanding of the refuge crisis, in order to enhance their awareness in this topic.

The objectives of the Pilot Activity, which were thoroughly achieved, were to:

Documents used during the Pilot Activity

Evaluation Report of the Pilot Activity